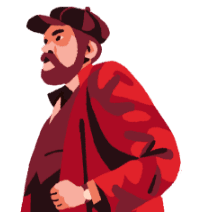 Keeping with a tradition that has been a part of our company since its inception, in collaborating with the world of art and culture, we still work with a team of passionate artists from all over the world who work on the stories and the illustrations for The Spiritheque project, offering stories that are always different, together with graphic renditions that go hand-in-hand with the narration styles.