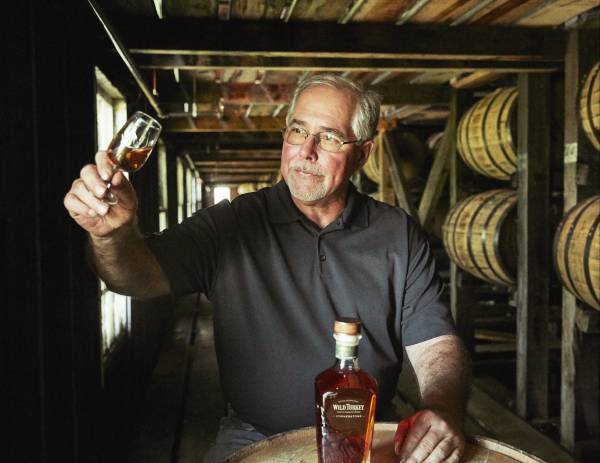 Edward Freeman Russell, the youngest of three Russell sons from Lawrenceburg, joins the family business on June 5, 1981. As he takes his place on the bottom rung at Wild Turkey Distillery, he learns the craft of making bourbon as his father had done before him.

Russell begins his career at the distillery as a relief operator, he is later promoted to new production supervisor and then warehouse supervisor. After two decades in the industry he takes on the position of barrel maturation and warehouse manager. In this role he collaborates with his father to create Russell's Reserve 10-Year-Old, an award-winning small-batch bourbon that serves as a testament to the family legacy of craftsmanship and tradition in distilling. Eddie's legacy also includes the introduction of Wild Turkey Bourbon, a premium version that can stand up to any mixer with the bold, spicy taste that is distinctively Wild Turkey.

With the global boom in bourbon and rye consumption, Eddie has his eyes on creating new expressions of whisky that appeal to an expanding global consumer base while growing the Wild Turkey range. For example, Eddie's Master's Keep series of bourbon and super premium Rye have been praised by the masters of the world of whisky.

In 2010, Eddie joins his father and other bourbon industry greats when he is inducted into the renowned Kentucky Bourbon Hall of Fame™. In 2015, he earns the illustrious title of Master Distiller and joins his father at the helm of the distillery.