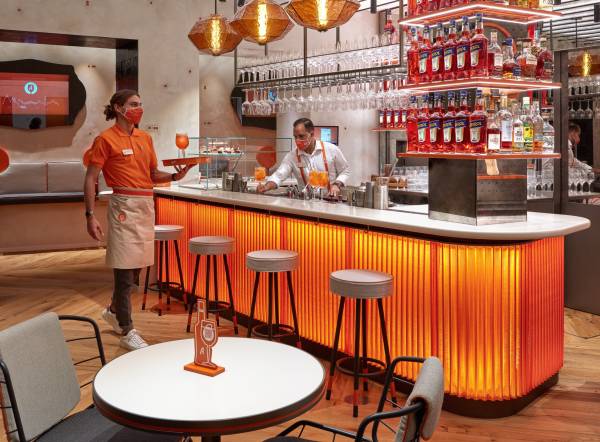 Venice, 30th August 2021 - The project behind the orange panels that have been attracting the attention of Venetians and tourists crossing Campo Santo Stefano for months has finally been unveiled. Terrazza Aperol, the new flagship of the Campari Group's Aperol brand, officially opens its doors.

This opening represents a rebirth for the entire city, starting with authentic Venetian traditions: everything begins with Aperol, an aperitivo that celebrated its 100-year anniversary in 2019 and that has now become an international social phenomenon. The iconic Aperol Spritz, originating from the Veneto region, has become a global ritual, an essential moment that brings people together spontaneously.
Terrazza Aperol will be housed in the spaces of a historic Venetian palace in Campo Santo Stefano, with a large outdoor seating area on the square, just a stone's throw from the Accademia bridge, in an area of great touristic traffic that has remained authentic and populated by Venetians.

Terrazza Aperol celebrates a deep connection with one of the city's most characteristic rituals, the Italian aperitivo, which is revisited in a contemporary version through the orange lens of Aperol Spritz.

Thanks to an original fusion of design and vibes, Terrazza Aperol is the place to experience the Aperol mood in a unique way, where the sense of sociability typical of this ritual can be celebrated.
Terrazza Aperol is inspired by a revisitation of the “bacaro” - the typical Venetian bar - offering a place with a cosmopolitan feel, in a fluid continuity between different indoor and outdoor settings. A mix that starts from the most authentic Venetian traditions and aspires to become an engine of vitality for the city and the Venetians’ favourite place for conviviality. In this framework, the orange wave of Aperol Spritz succeeds in attracting an international audience, too.

The intimate bond between Venice and Aperol Spritz can be seen in every detail of the furnishings: from the wooden floor made from "briccole", reclaimed navigation poles from the lagoon, to the walls decorated with glass tiles inserted by hand in Venetian stucco, from the ceiling reminiscent of the ancient module of beams with decorated joints - called the Sansovina ceiling - to the Murano handmade glass chandeliers. All design elements have been reinvented by Vudafieri Saverino Partners Studio to give unique personality to a venue that reflects the personality of Aperol, its innate sunshine and sociability expressed by its unmistakable orange colour. Respecting the specific urban fabric that surrounds it, the place was designed with a concept aimed at using recycled materials, helping to generate a positive impact on the environment.

Special attention has been paid to the food concept, created specifically for Terrazza Aperol by Alessandro Negrini and Fabio Pisani, chefs of the famous  “Il Luogo di Aimo e Nadia”, who have designed a menu based on the Venetian tradition, with excellent Italian ingredients and modulated on seasonality.

Terrazza Aperol will also host the first Aperol merchandising line, entirely “Made in Veneto” and inspired to celebrate moments of conviviality and togetherness.

Not just Aperol Spritz, though. The opening of Terrazza Aperol is the core of a series of initiatives designed for Venice and its community to support the recovery of the oldest traditions of the city. Like the "Open Day Squeri" project, which in July saw the organisation of a series of free and open to all guided tours of two of the city's most important and ancient squeri, historic workshops where shipwrights build gondolas and other rowing boats in the lagoon, and the collaboration with the Benedetto Marcello Conservatory.
Terrazza Aperol has also chosen to make a real gift to the city: the contribution to the restoration of two historical boats, a “Caorlina” and a “Batèlo da Nasse”'.

Terrazza Aperol's investment is both a sign of hope and a proof of its bond with Venice, so that the city can start afresh from the aperitivo as well. 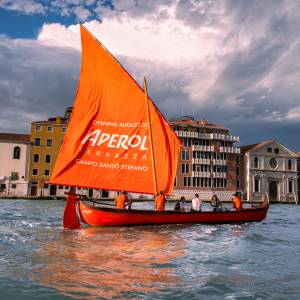 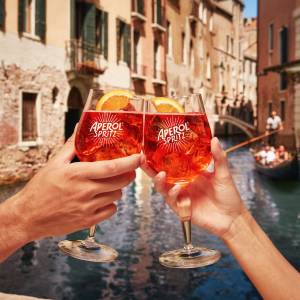 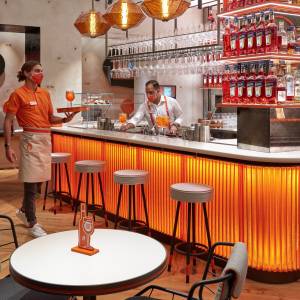